Online streaming channels like Netflix and Amazon Prime have transformed the way we watch movies and TV shows. Now we’ve got a whole list of best movies to watch high titles in different genres and categories to choose from any time we’re feeling like watching something. And sometimes it may be hard to choose, but Netflix also provides lots of great stoner movies for passionate fans!

The idea of entertainment differs from person to person. Some enjoy the idea of hanging out with friends, while others rely solely on Netflix and chilling. We get how not everyone is exactly up for the ‘chilling‘ part though there is hardly anyone who dislikes enjoying Netflix. You can always rely on a good watch on Netflix to lounge comfortably on your couch while smoking your favorite strains.

As much as the idea of watching a movie while getting high may sound tempting, looking around for recommendations can be one hell of a job. To save you from this inconvenience, we have created a list of the best fifteen stoner films that you can enjoy on Netflix while getting high. Reach out to your trusted source for seeds used in medical treatments to get your fair share of cannabis, and get ready to enjoy some of these classics!So, let’s get into the 15 best movies to watch high of all time on Netflix you can binge-watch when you need some high time.

Read also: Top 10 Most Weed Friendly Cities in the World

In need of a movie filled with action, comedy, and a whole lot of stoners? You are at the right place! Pineapple express is a wild adventure of Dale (Seth Rogen), a process server, and his drug dealer (James Franco), running away from a drug lord and cop after witnessing them committing a murder. If you search best movies on Netflix, you definitely find this one in that list for sure. So, get into the weed express. This movie will be in the best movies to watch high on Netflix list anywhere.

We all know how smoking Weed Budder can make you hungry; the story revolves around the same craving and the comical instances that it brings on the journey of Harold and Kumar. In the movie, Harold (John Cho) and Kumar (Kal Penn) are two regular guys that attempt to grab a burger to satisfy the after-effects, though as simple as it may sound, circumstances get a lot more complicated and funny movies to watch high.

A widely loved trippy movie by both non-smokers and smokers, The Big Lebowski can be a great option to watch after getting high. A criminal comedy movie with a strong sense of humor that serves a fair share of a wild ride, this movie revolves around seeking compensation for a ruined rug, and that is it. The summary should not give away its fun, so do check it out. Starring Jeff Bridges, John Goodman, Steve Buscemi, and many other stars, you might enjoy this movie. This one’s most popular and best stoner movies on Netflix to watch today.

Grandma’s Boy is a typical American stoner movie that you can enjoy on Netflix. It narrates the story of a video game creator that moves in with his grandma after being forced to move out. The movie leans a lot towards being explicit, but the humor content is enjoyable at the same time.

Considered as one of the best comedy movies for stoners, Half baked is a story about four friends, one of which mistakenly feeds junk food to a police horse resulting in his death. The friends later try to appeal and bail him out of jail by selling pot like those available at CBD industry titans CBDfx.

Friday is a classic piece funny black movies in our list and the best attempt in the stoner universe that offers wholesome comedy to its viewers. The movie includes two LA guys and the various antics that they go through after meeting their neighbors. This one is weird, funny, and definitely in your best stoner movies on Netflix list.

The movie very evidently gives away its theme with the title Puff Puff Pass. It is a stoner comedy based on the adventures of two homeless guys who attempt to rip off a shady guy.

A chaotic movie for stoners, This is the End is the story of a Hollywood celebrity get-together that eventually takes an apocalyptic turn. Starring James Franco, Jonah Hill, Seth Rogen, Paul Rudd, Emma Watson, and so many stars, this one is a full packed entertainer. The film is a witty, dark comedy, and a different attempt that you will thoroughly enjoy.

The smart wordplay in the title gives you a clear insight that this movie is about school students. The story revolves around the High school senior Henry, who, the day smokes his first joint, gets to know that the college is arranging a mandatory drug test. He teams up with his stoner friend to get out of the circumstances through some comedic instances that will surely cheer you up.

In case you are craving a little romance in the stoner genre, this movie will satisfy your craving with its light-hearted plot. The story revolves around Alison and Ben, who end up in a one night stand that goes wrong when Alison gets pregnant. The entirety of the movie goes into them, making decisions regarding the same.

Starring the stoner king Snoop Dogg, Soul Plane is a stoner comedy-drama that captures the comedic situations of an airline service that runs on the funds of a huge compensation. This one also has Kevin Hart as the main character, and it’s funny as hell!

A piece for the young just-turned stoners, Dazed and Confused, directed by Richard Linklater, is a coming of age stoner film that captures the life of teenagers and the various encounters that they come across throughout the freshmen. Dazed and Confused offers more than just a classic stoner movie, so you must consider adding it to your watchlist.

If you google the best stoner movies list, then this should be in the top 10 for sure. A comedic gold that will leave you to roll on the floor with laughter, Hangover is the story of a bachelor party that goes incredibly wrong when the guys lose the groom a day before the wedding in Las Vegas, which leads to devastating impacts. Stoner or not, you will find yourself thoroughly enjoying this movie.

Stepping aside from the classic stoner movies, Rolling Papers is a different attempt and comedic documentary film that will inform and make you giggle at the same time. The movie captures marijuana stories after its legalization in Colorado.

15. Mac and Devin go to Highschool

A movie starring two of the most loved artists, Wiz Khalifa and Snoop Dogg, Mac and Devin go to Highschool is the story of two guys. Being the smart kid, Devin helps Mac, a long-term student, to graduate out of high school.

This one is a top classic stoner movies on Netflix list for sure. Five misfit cops with a knack for creating trouble try to save their jobs and out-do other police departments by solving a crime. It is a 100% laughable and great story narrative. You will sure enjoy till the end.

This one is a low budget comedy about two friends and finding their way through the hard life. The independent film is based on creator Kevin Smith’s life as an employee at a video store. Yet when the movie about his life made almost no money upon its release, he set out to make another one that did well. It is a definitely an all time comedy movies in our list.

This one cracks you the whole time, Ali G is a top best stoner movies in our list. This story goes by, Ali G unwittingly becomes a pawn in the Chancellor’s plot to overthrow the Prime Minister of Great Britain. However such a thing isn’t without its consequences and soon, Ali G is embraced by the nation as a voice of the youth who go against the very system they have blamed for all their problems and thus gives birth to what is now referred to as “anarchy”. Don’t miss this one.

So, What would be like smoking weed with a cute teddy bear? Then watch Ted movie, you will laugh your butt off! a man whose childhood wish of bringing his teddy bear to life came true, now must decide between keeping the relationship with the bear, Ted or his girlfriend. If you love Family guy tv show, then this one will be a best work of Seth macfarlane.

If you are from 90’s, your teen age years never missed this one for sure. Scary movie is full of comedy and wayans brothers made this one as classic stoner movies list. Especially, the great acting from Anna Faris will make you laugh so hard till the end. You should definitely add this to your top stoner movies on Netflix list to watch on your weekend. 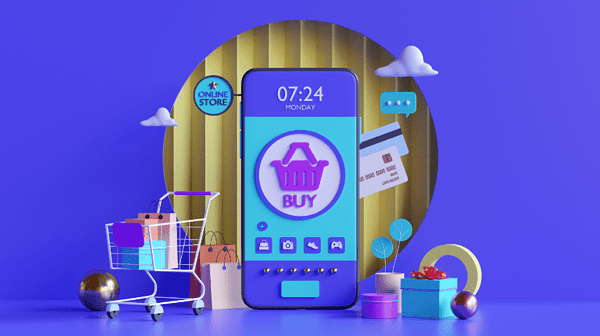 How To Start An E-Commerce Store in a Week? – Beginners Guide 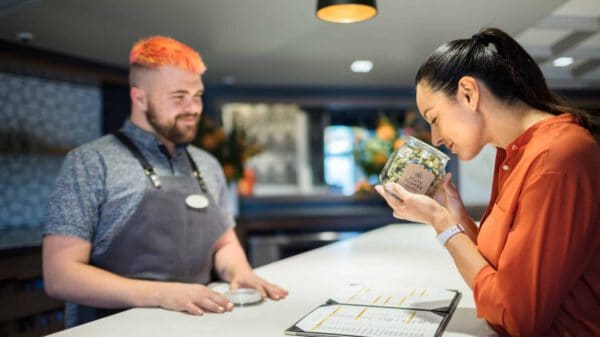 Top 10 Most Weed Friendly Cities in the World 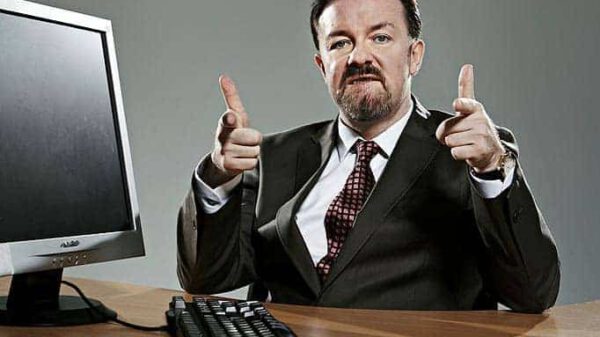 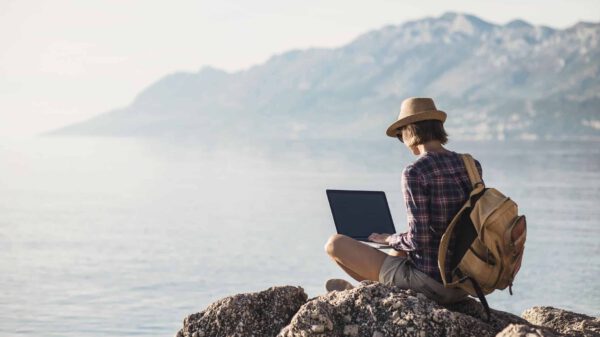 Get Paid to Travel the World : Work-From-Anywhere Careers 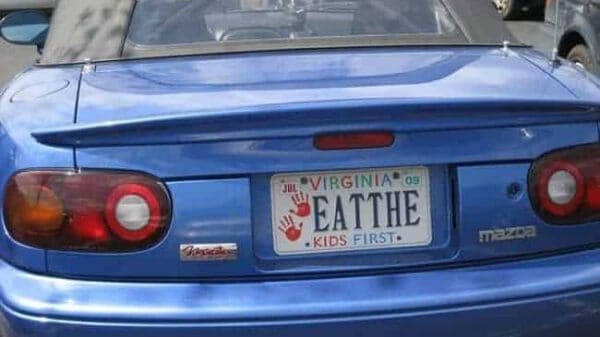 Funny License Plates That are Actually Clever In 2022 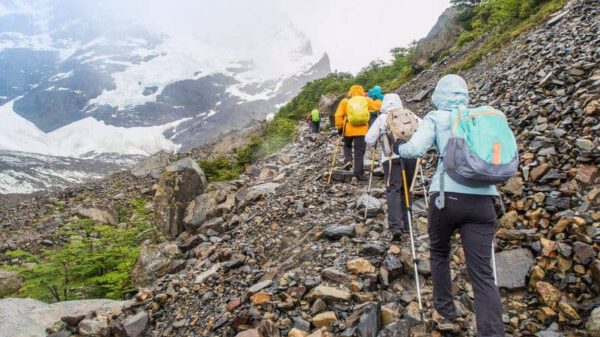 Top 5 Must Visit Off-Road Adventure in Europe in 2022