How Often Do You Need A Tetanus Shot?

If you are reading this article here, then we are sure that you would want to know how often do you need a tetanus shot or something associated. Before we give you the correct answer, let us know what Tetanus is, because it has an interesting story come with it. 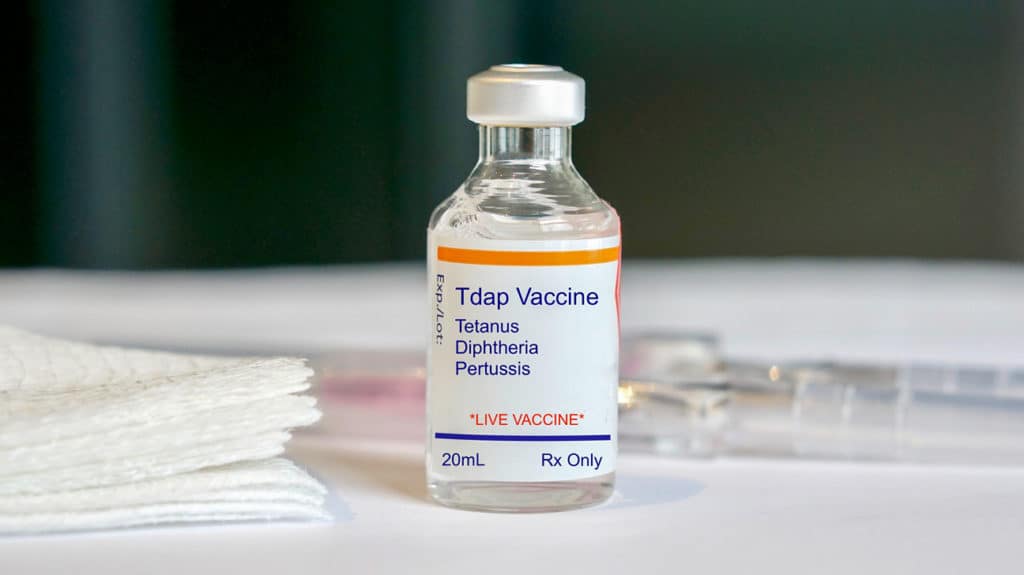 Tetanus is otherwise known as “lockjaw”, which is a very serious infection caused by the bacteria named “Clostridium tetani”. These bacteria generate toxins that affect a person’s nervous system and brain. These toxins further bring stiffness in jaw muscles (and other muscles as well), which is why the name “lockjaw”. Also, this infection causes severe breathing problems, muscle spasms and can be fatal.

Where Do Clostridium tetani Come From?

Spores of “Clostridium tetani” are commonly seen in dust, soil, manure, and animal feces. However, they exist virtually everywhere. Once the bacteria are deposited in a person’s wound, the neurotoxins interfere with nerves, thereby, controlling muscle movements. Even though there are treatments for tetanus today, they are not that effective. Moreover, every treatment’s curing period varies. They are not uniform. So, the best advice is to protect yourself from tetanus by having a vaccine. With this, comes a very important question as to how often do you need a tetanus shot. Read the below section.

How Often Do You Need A Tetanus Shot?

Once this deadly disease attacks a person, the bacteria affects his or her entire nervous system. Hence, vaccination is certainly the ideal way to protect oneself from tetanus. An adult should get his or her tetanus booster shots once every 10 years. Now, if a person notices a puncture wound and it is been over 5 years after his or her last tetanus vaccine or probably cannot remember when he or she has had the previous tetanus vaccine, it is best to get the booster tetanus shot.

Remember, that the bacteria that cause tetanus can easily enter a person’s body through any tiniest scratch or cut, which further releases a deadly poison known as “tetanospasmin”. Deep puncture wounds like stepping on a nail cause tetanus infection, in no time. If an individual is experiencing an injury like this and it has been over 5 years since his or her last booster shot, it is important to get another shot right away. Those who have never been immunized against deadly tetanus must receive 3 tetanus shots initially within a period of 7 – 12 months.

What If You Have Not Received Tetanus Vaccine As A Child? 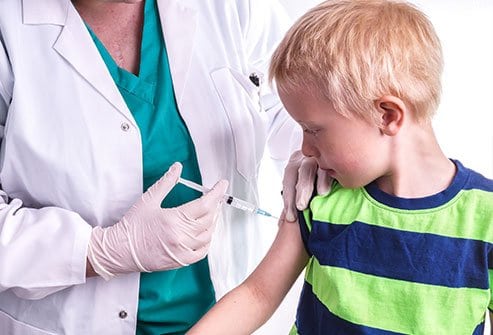 Normally, you get your tetanus shots at the shoulder muscle (deltoid). However, for any reason, if you have not received the tetanus vaccine during your childhood, you should begin with a 3-dose primary series, wherein the first dose includes a 3-in-1 combo called “Tdap”, which protects you from tetanus. You will receive the other 2 vaccine doses within a period of 7 – 10 months after the first dose. Once you have received the 3 primary series, you have to get a Td booster shot every ten years.

Which Adult Should Get A Tetanus Vaccine?

How Often Do You Need A Tetanus Shot:

Which Adult Should Not Get A Tetanus Vaccine?

A person should not have tetanus shots if he or she:

Can A Pregnant Woman Get A Tetanus Shot?

Yes, it is okay to get a tetanus shot during pregnancy. In fact, the recent guidelines suggest every pregnant woman receive a Tdap vaccine to prevent pertussis. However, it is good to talk about this to a doctor.

What Happens When A Person Gets Tetanus Shots Close Together?

Usually, doctors recommend getting tetanus shots every 10 years, but chances are that few people might have them close – within few years. One doesn’t have to be worried. It is completely okay to receive an extra tetanus shot. This is true, especially when the person is being treated for any acute injury like puncture wound or deep cut and the person cannot exactly recall when he or she had the last shot.

A tetanus vaccine composes of deactivated tetanus toxins, which helps in preventing a person from contracting tetanus. It is immunogenic but not pathogenic. As said above, this deadly infection attacks nerve signals from the spinal cord. However, the best thing is that one can prevent this deadly disease with the help of tetanus vaccination.

What Ingredients Are There In A Tetanus Vaccine?

A tetanus vaccine is made of diphtheria, tetanus, and pertussis toxins, which have together been made non-toxic to create an immune response. This vaccine does not contain any bacteria. It is like an antidote.

Symptoms That You Are Having Tetanus

Tetanus symptoms are consequences of toxins produced from Clostridium tetani. Signs usually appear within 7 – 10 days after the initial infection, but this can vary from 4 days – 3 weeks. In few cases, it might even take months.

Immediate treatment is required once the person starts experiencing the above signs. If left untreated, tetanus causes severe suffocation and finally, leading to death.

So, the tetanus symptoms begin with muscle stiffness (or rigidity) and muscle spasms, particularly at the jaw. They then radiate to the person’s throat, chest, and neck, which in turn causes difficulties in swallowing (dysphagia) and breathing. If the case is severe, the patient’s spine arches backward. This kind of situation is more commonly seen in tetanus-infected children.

Side Effects Or Dangers Associated With Tetanus Vaccine

Now that you have learned how often do you need a tetanus shot, it is equally important for you to be aware of the kind of side effects or dangers associated with the tetanus vaccine. Sometimes, tetanus vaccine might cause certain mild side effects, which include:

A severe allergic reaction is rare but can happen. This occurs within few minutes after being vaccinated. The symptoms include:

What To Do When You Have Severe Reaction Signs?

If you have a severe reaction to the tetanus vaccine, do the below:

A spatula test confirms if a person has tetanus or not. The test involves inserting a spatula at the throat’s back, which causes a reflex and the person will want to push it out of his or her mouth. However, if the person has an infection, the spatula causes throat muscles to spasm and he or she will want to bite the spatula.

When Do You Need A Tetanus Shot?

Tetanus is a deadly illness and about 30% of cases turn out to be fatal. It is not contagious. Therefore, you will not get this disease from someone, who already has it. The bacteria enter the body only through puncture wounds or cuts, especially when the region around the wound is dirty. Only a tetanus vaccine can protect you against the toxins produced by bacteria. However, the question is when do you need a tetanus shot? Here is the answer.

Tetanus immunization is usually administered to kids in the form of DTaP vaccine, which helps in protecting them from pertussis and diphtheria. An infant is commonly given DTaP vaccine in 4 doses during the age:

The next dose is given to the infant when he or she is 4 – 6 years old. Since the antitoxin levels in a human body gradually drop over time, doctors recommend booster shots combined with Td (diphtheria-tetanus) every ten years. Td is given to adolescents. Adults receive booster shots every ten years once. A single Tdap dose is recommended for kids between the ages 11 and 12. If it has been over ten years since your last tetanus shot, check with a doctor to update your immunization. A booster tetanus shot is also recommended when you have a deep contaminated wound.

Where To Get Tetanus Shot?

Do You Need A Tetanus Vaccine After An Injury Or An Accident?

This depends on your condition. If your injury has deep cuts in the skin or your tetanus vaccinations are not up to date, then you will require a tetanus vaccine.

1. Learn When You Are Likely To Encounter The Bacteria That Causes Tetanus

Tetanus-causing bacteria are found everywhere in the environment. They lurk in the soil, which has been contaminated with human and animal feces. Manure is yet another place where you will find them.

2. Things That Cause Tetanus

Usually, bacteria enter your body via cuts, wounds, and burns, especially if the injury is dirty, unclean or not protected with bandaging. You will need a tetanus shot when the below situations occur:

3. Pay Attention To The Symptoms

Signs begin to appear within a week after the bacteria has infected your body. If you experience jaw stuffiness, muscle spasms, and trouble while breathing or swallowing then learn that you have tetanus. Once you notice the tetanus symptoms, it is very important that you have it checked right away. If left untreated, it can be fatal.

4. Clean And Secure A Wound

Since bacteria enter the body via cuts and unclean wounds, it is vital that you clean and has the wound secured so that there are no chances of contamination. A wound should be taken care of, properly, to reduce the risks of infection.

5. Seek Medical Help If You Suspect It To Be Tetanus

If you already have the documentation of your previous tetanus shot, take it when you consult a doctor. If it has been 10 years or lesser since you have received the last shot, you are safe from infection. You will only need a booster shot if the wound is severe. Check with your doctor about this.

6. Be Acquainted With The Basic Treatment

Whenever you get a wound, make sure to clean it properly. Eliminate all the dead tissues and remove the foreign matter too. If the wound is deep, you will require a booster vaccine, only if it has been more than five years from the last one.

Note: If you have got a wound or a cut, clean it properly as soon as possible to avoid infection. Once you are vaccinated, you will not need another tetanus shot. However, for any reason, if you do not know whether you are fully vaccinated, talk to your GP. If you have tetanus-prone wounds, it is important to get medical treatments soon, even if you are vaccinated.

I hope you have understood everything about tetanus.

If you already have tetanus or have had suffered it before and want other readers to know something, which you feel we have missed writing here, feel free to drop it in the comment section.

COVID, fever, Tetanus shot, Vaccination, When to get tetanus